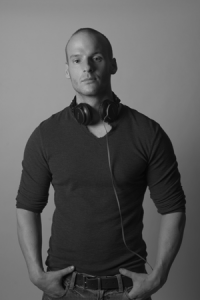 A young entrepreneur, event organizer, DJ and electronic music fanatic, Jason Savoie is developing and organizing events to promote the electronic music culture in New Brunswick, Canada. Jason has a vision for the entertainment and integration of electronic music in his province and is actively working to make it happen.

In 2010, he made his debut as a DJ at Shippagan’s Traffik Lounge and took the opportunity to travel and see what was happening elsewhere in the world with the advent of the commercial “EDM” (Electronic dance music). In 2012, he traveled to Belgium for Tomorrowland, one of the most popular electronic music festivals in the world. After having participated in several other festivals and events such as Bal en Blanc (Montreal, QC), Escapade (Ottawa, ON), Boonstock (Kelowna, BC), ÎleSoniq (Montreal, QC), Beach Club (Pointe-Calumet, QC ), ABGT200 (Amsterdam), he devotes his time and effort to organizing his own events and bringing new things while demonstrating his knowledge and expertise with interactive sets and new genres of popular emerging music such as deep house , tech house, progressive house and Trance.

In 2014, he co-hosts the “Ultrasonic” event at Shippagan, one of his new innovative evening concepts with interactive décor that includes several guest DJs with different kinds of electronic music. During the same year, he organized the first Acadian Beach Party during the summer at Grande-Anse Beach, without knowing that this event would become one of the most popular electronic music events in New Brunswick, specifically in the Acadian Peninsula.

In 2015 he is co-organizer of “Project L” in Bathurst, the first electronic music festival in the north of the province where he got the chance to work with DJ TRENND (René Leblanc) who became one of his best friends, work colleague and member of the organizing team for the Acadian beach parties.

In 2016, his work is noticed throughout the province with the continuity and success of these famous Acadian beach parties. In addition, he remains active during the year by organizing various evenings such as the “White Party” at the Triangles night club and “Activate Your Senses” at the Aberdeen Cultural Center in Moncton, an audiovisual evening with a unique interactive lighting and decor of this kind in New Brunswick. Based on the concept of Above & Beyond Group Therapy, “Activate Your Senses” allows him to truly demonstrate his skills and knowledge in electronic music event productions. For him, this evening allows him to really show his true colors as an artist and DJ, starring the best productions of the year by the publishing houses Anjunadeep and Anjunabeats, which according to him, are the future in deep house , progressive house and trance.

In 2017, he launches his new concept “Jason’s Kitchen” with the help of DJ TRENND (René LeBlanc). An audiovisual broadcast live on his Facebook page from his kitchen where both artists take advantage, once a month, to play the latest deep house, tech house, techno, progressive music and also promote their events.

At this time, the young enthusiast continues to work on his projects as well as these Acadian beach parties for the summer of 2018. He hopes to continue traveling to meet his favorite DJs who influence his personal and professional journey, hoping that one day he may invite them to New Brunswick to participate in his own events. Jason is a leader in organizing electronic music events, a great DJ with a lot of experience, a source of inspiration for young entrepreneurs, and is influencing trends and musical tastes among young adults across the province and his entourage with his personal experiences and his musical knowledge.